Home » Blog » Who wins and who loses with affordable workforce housing?

Who wins and who loses with affordable workforce housing? 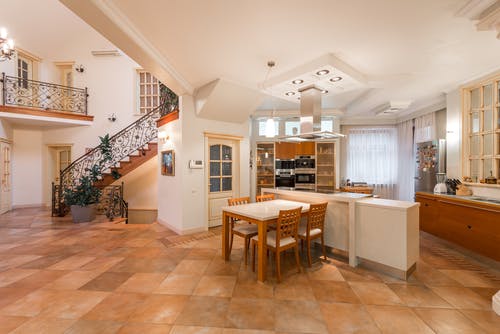 Housing industry experts, real estate investors and at least one research group have been asking the same question – who wins and who loses with affordable workforce housing? – for decades. The answers vary depending on their points of view.

The consensus however, seems to agree that a growing number of working class families are moving into luxury condos in big cities, while poverty-level families are being pushed out of affordable housing projects. The lack of affordable workforce housing is still a major concern for hundreds of thousands of low-income households in the US, especially when home prices are skyrocketing across the country.

In Los Angeles County, about 33% of renters earned less than $30,000 annually in 2016 – the national poverty line for a family of three is $20,420. On average, LA County renters paid $1,569 per month on rent in 2018. While this figure seems reasonable compared to New York City’s median monthly rent of $4,089 or San Francisco’s median monthly rent of $3,414 – it is more than half of what the average LA County renter earns each month.

This means, Angelenos are spending more than half their income on rent. While affordable workforce housing shortfalls may be more visible in large cities like Los Angeles and New York, the problem is widespread throughout the country. In 2015, nearly half of all renters in the US earned less than $30,000 a year.

By 2020, affordable workforce housing will need to be available for 20% of LA County’s population – about 533,870 renter households – who earn less than $45,960 per year. Affordable workforce housing is in great demand because it’s more accessible for many moderate-income workers who want to live in the city, but cannot afford to pay higher prices.

According to data released by the Bureau of Labor Statistics, Americans are spending more of their income on rent, despite the fact that wages are stagnating. The average renter in the U.S. will spend $233 less each month than they did last year – $154, compared to $387 in 2017. Still, renters spent an average of 30% of their monthly income on rent in 2018, which is more than the recommended 30% threshold.

Falling behind on rent has consequences – it can lead to eviction and homelessness. The scarcity of affordable workforce housing affects an increasing number of households across the country, which means there is a growing demand for government programs that provide access to affordable housing.

Programs like low-income housing tax credits (LIHTC) are designed to provide affordable workforce housing for America’s working families. The LIHTC program has been instrumental in the development of affordable housing projects nationwide, creating more than 2 million affordable homes since its inception in 1986. Over time, state and local agencies have preferred this program over others because it helped them keep tax dollars within their communities.

The LIHTC program is 100% federal tax credit that provides incentives for investors to help finance affordable housing projects. It was established by the Tax Reform Act of 1986 which aimed to provide individuals with low-income an opportunity to live in decent housing at an affordable cost.

This is one of the reasons why LIHTC has become the most popular program used to build affordable housing. However, despite its widespread use across state and local agencies, the LIHTC program is not perfect. On average, it takes about 9.5 years for affordable housing projects to break even in terms of cost recovery.

Consequently, investors can take advantage of tax breaks associated with this program for a long time before they are required to make an equity investment in the building. The delayed repayment means that affordable housing developers can’t always rely on LIHTC to finance the construction of their projects. Therefore, they require additional financing from other sources such as public authorities, local governments and private investors.

One solution could be to decrease the tax credit rate by up to 5% for every year that a property remains subsidized after its initial 15-year compliance period. This will reduce the per-dollar cost of LEEDC’s time value and shorten the payback period.

In 2016, more than 1 million low-income households were assisted by affordable housing with a total of 5.4 million affordable homes

LIHTC was also responsible for building or preserving nearly 67,000 affordable homes in 2016.

WHERE DOES THE LIHTC TAX CREDIT COME FROM? When a project is awarded tax credits, the investor must transfer those tax credits to a Qualified Allocation Plan – a state agency – for use with other projects. The tax credit is then used to lower the cost of construction or rehabilitation of affordable housing. The states that receive these credits, in turn, pass them on to investors who finance the development of affordable housing.

AMOUNT OF GRANTS FOR AFFORDABLE HOUSING DEVELOPMENT GRANTS ARE DISTRIBUTED BY STATE ON A FIRST-COME, FIRST-SERVED BASIS. STATES ARE ALLOWED TO RETAIN 20% OF THE GRANTS FOR ADMINISTRATION COSTS

The amount of affordable housing grants provided by each state vary annually and on a first come, first served basis.

The tax credit program is helping to build affordable housing across the USA, but there are still some challenges. A new approach needs to be developed that will enable investors to recover their initial investment more quickly. This would make it easier for developers who want to finance affordable housing projects by leveraging these tax credits.